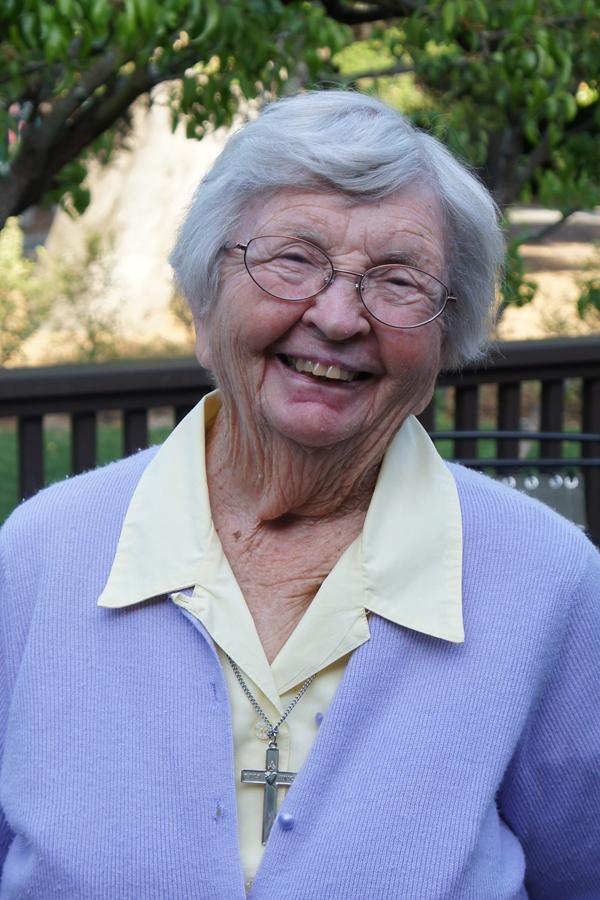 Yvonne Pometti was born in Los Angeles March 22, 1918, the only child of Louis Joseph and Gladys Therese Pometti. She entered the Society of the Sacred Heart in 1939, professed first vows in 1942 and final vows in 1947. She is remembered with fond affection by Religious of the Sacred Heart around the world, alumnae, and former colleagues.

At the age of 69, Sister Pometti went to Poland in response to a need for English teachers, though she knew not a word of Polish; she remained for three years. When she returned to the United States, she served as director of maintenance at the Duchesne Academy of the Sacred Heart in Omaha. Late in her ministry, she returned to Forest Ridge again for six years as school nurse. In her later years, she was as an aide in the provincial medical office of the Society of the Sacred Heart and volunteer in the development office of Sacred Heart Schools, Atherton, in addition to weekly volunteering at the noon meal for the poor at St. Anthony's parish, Redwood City.

A lover of nature and science, Sister Pometti earned her bachelor of arts in science and English from the San Francisco College for Women and a master’s degree in the teaching of science from Stanford University.